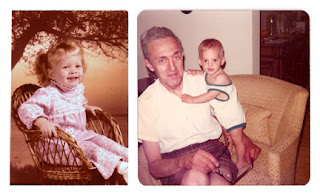 September 28, 2009
An unexpected side affect of writing this blog is that I was introduced to the world of baby blogs. Totally didn't expect it, but since most of my readers are pregnant women or moms it makes sense. There is some great stuff out there. One of the blogs I'm digging is the818.com by Morgan. Great, real look at pregnancy with some cool design stuff too. She does a weekly update on what's going on with her and her pregnancy. All those questions that folks would ask. But since men aren't the ones doing the hard work no one asks us what's up with us. I thought it would be fun to answer her update questions from a male point of view. So here goes: How far along? Officially 22 weeks and 4 days, but since I know a little more about math and the female body than every doctor I know that it's really closer to 20. Total weight gain/loss: Down 3 pounds...sorry. Stretch marks? I always had these little ones on my ankles...I think they are from when I grew to
6 comments
Read more