April 27, 2011
Is there anything cuter than your kid taking your hand during dinner so he can lean on it and cuddle?
Why do kids, at least Miloh, think it's so hilarious to run around while I try to put lotion on him that he laughs until he can't breathe? 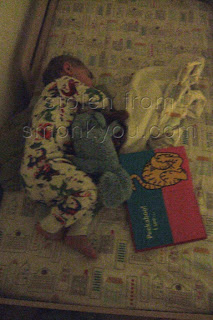