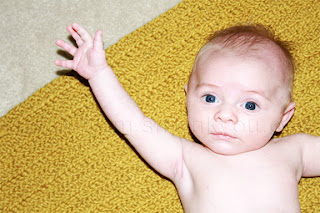 Today is what I hope to be the first day of a tradition. I'm not sure what I'll call it...Staci calls it Miloh day while I'm thinking the Ides of Miloh.

Either way it will be a day that Miloh and I hang out.

I've always had a thing for the Ides of March that started when I had to read Julius Cesar. I was instantly intrigued by the name...not the whole Et tu, Brute part. But had no idea what the Ides were...later I found out it was the 15th of some months and the 13th of others...its not just a March thing.

Fast forward to my first job in a real career. 4 months in I got my first promotion...the day was March 15...the day seemed even more auspicious.

Later that year I was discussing with a friend the pros and cons of taking your birthday off of work...she was a fan of not working...I was cool with working. But the conversation got me thinking...maybe I should find a day that I don't work every year...a day for myself.

So I picked the Ides of March...or if it falls on a weekend I take the Friday or Monday of. I think I only worked one March 15 since I started working...but I remember it was for a photoshoot...not sure which one but I'm thinking it was good.

And now I have Miloh so I'm extending the day to him. I'm spending the whole day with him...which this year is a nice break for Staci. I plan on keeping up this tradition...I'll pull him out of school to observe our little holiday.

I hope he likes the tradition and the time spent. And I hope he extends it to his college years and further...because I think everyone needs a day like this. For a lot it's their b-day...for me it's today.

And it reminds me a bit of that Visa commercial that asks "When is the last time you went to the aquarium...with your daughter...on a Tuesday?" The question might not fit exactly, Miloh being my son, but the idea is what it's all about. I'm not a fan of putting an ad up for free...but the campaign is really nice so I'll make an exception.