January 15, 2012
Officer: Do you know how fast you were going?
Me (with a cute little shrug): 35
Officer: You were going 44
Me: Hmm
Officer: Do you know the speed limit?
Me: 30
Officer: License and registration please
Me: Here's my license. My registration is in this pile (showing the contents of my glove box).
Officer: I'll start things and come back for that
Me: Do you mind if I text my wife and tell her that I'll be late in bringing lunch to my sick little boy who's right down this street?
Officer: Go ahead

Moral of the story: I should have shown him my boobs.

This should be a VapoRub VapoDad post because I was in fact showing of my best dad skills but I don't want to connect them to my minor crimes... And they sent me a nice gift basket of Vick's products which have basically been keeping me alive the last week so I want to stay on their good side.

The deal was the kid was sick again and he was going to go to the doctor because his cough was super not good. And I was going to take him during my lunch.

However while at school he was feeling much better so that plan got scrapped... But he needed lunch.

So I hauled ass to Whole Foods and got him some of his favorite things from the salad bar (including mushrooms which is just weird for a kid) and added that to a can of soup... Then headed to his school.

I had a choice: get off on one road that is more residential but has less lights or get off on one that has a faster speed limit but a lot of lights. I choice the former. I chose poorly.

First I was met with school zones... Then when I adjusted my speed to make up for slowing down at the school zones I was pulled over. And got a $145 ticket which combined to the $12 I spent on MF's, Staci and my lunch makes Whole Foods so much more expensive than you thought.

I was speeding... I admit it. It was the first time I was caught speeding since my second week of driving I ever sped because I'm a law abiding citizen and follow all rules.

But while I admit I was going just a touch over the speed limit I don't agree with the ticket I got... And here is the letter I would write to the city if I wasn't scared I'd be thrown in jail, stalked to make sure I don't break any other rules or ignored when I call thinking I have CO poisoning when it's just a cold.

I know what you're thinking right now: Holy shit is Kenny really sending us an open letter? I thought he just did that to companies asking for free stuff. I'm blown away. I need to call someone.

Well yes I am writing you a letter but please calm yourself down a bit.

Here's the deal. I got a ticket the other day but for a crime I did not commit. I'll admit that I may have been going 44 in a 30 in order to get lunch to my cute little sick munchkin of a boy in time for him to eat at school but I wasn't given a ticket for going fast in a 30 mph zone (which for readers is an actual citation you can get... I thought people just got generic speeding tickets and paid based on the speed but here they separate them by posted mph and then ding you more if you go 20 over that speed).

I was given a ticket for: Speed faster than reasonable and prudent.

My speed was in fact prudent. The Google definition (and really all others) say prudent means: Acting with or showing care and thought for the future.

That was in fact exactly what I was doing.

Let me break this down for you first by giving you a little history and then telling you my I was in fact prudent in showing great care for the future.

First off let's just get out the skeleton in Minnesota's closet... Drivers here suck. The norm for Minnesotan's is to drive at a minimum of five miles under the speed limit... And those aren't the assholes who are texting or talking on their phone and driving slower.

Most of the time I drive here (approximately 97% of the time) I'm blocked in my some super slow driving Minnesotans. I've paid my dues in the slow driving movement they have going on here and I feel I've built up the ability to go slightly over the limit once or twice because of this. This was my first time... Seriously.

Second, in this instance I had to slow down in front of some school zones along my path. The signs here all say "slow when children are present" or some such. Seriously that's so Minnesotan too... What does that mean? When children are in class? When they are on the sidewalk? When they're in the middle of the street?

I prefer the old fashioned school zone between 7:00am and 4:00pm on school days... Makes a lot more sense you know. I also will except the super old fashioned version of that which uses "betwixt" instead of "between".

So I did my duty in slowing for those schools and was just making up for that lag in speed... Pretty reasonable to me.

Also it was 11:20am and the temperature was (at most according to the day's high) 16 degrees outside. NO ONE WAS OUTSIDE. There was a zero percent chance of a pedestrian or any such being in the way while I was driving... No one to harm and so the speed was rather quite acceptable.

And now we're coming down to the home stretch (which was actually where I was in my travels)... My super cute son who has super cute long lashes and just makes you want to gobble him up... 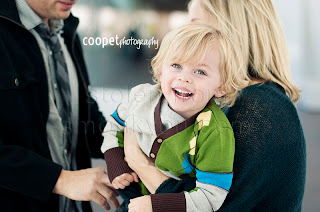 Was super crazy sick in the morning. Coughing wheezing and all that... It was heartbreaking. And we were going to take him to the doctor but plans changed... So I needed to get him lunch before the kids at his school ate...

Because if he didn't have lunch he'd of course be hungry. He'd be sad. He'd feel his parent's didn't love him because we didn't pack him lunch. He would cry and his super crazy cute long eyelashes would drip with tears.

I was in fact prudent... Your office was not... I'm not calling for his badge... You expunging the ticket and a written apology personally delivered to me with a double espresso and a nice biscotti is really all I need.

Also since I know you're such a fan of mine I will print this out on paper that is suitable for framing and sign it if you'd like for a low fee of $25.