January 28, 2012
Preamble:
I've Back in June I wrote a post called First Generation Dad that touched on how I feel to be a dad when I didn't really have a good father figure of my own. And I got an idea but didn't have time to flesh it out... Six months later and I finally had the time.

I'm starting what I hope to be a new feature and calling it First Gen Dads. The idea is I'll invite other dads who, for whatever reason, didn't have a father around when they grew up.

Stealing some words from my first guest (coming up next month) it's an important topic.

I think it's one that's not thought about much.

One thing that really got me thinking about this came a few months after my aforementioned post. It was a letter that a radio morning show guy wrote to his soon to be son. First I should mention I only listen to that morning show not that station. Second what got me about the letter is when he talks about all the things his dad taught him...

My father taught me nothing... Seriously nothing. The closest he got was the time he bought me some ridiculously expensive remote control car that we were going to build together. We opened the box and checked out the parts... We were going to put it together the next few times I saw him... He put it together that night... And I was only allowed to play with it once because a piece broke.

However while he taught me nothing I learned a lot from him... I learned what I didn't want to be like as a dad.

The format of this new thing is a few questions and then a lighter Q&A. The questions on that first part are mostly things people have asked me... But when asked I'd always kind of blow them off and answer in few words...

Things get a bit more real when you really answer...

Hope you all enjoy... And the only way this is going to become a thing is if I can get other First Gen Dads to feature... So if you know any send them my way, on twitter or email or telepathy.


Why wasn't your father around when you were growing up?

I think my father was out of the house when I was 11. Then I had to see him for a bit because of visitation... But I stopped going when I was around 14 and he didn't seem to care, although one year he sent me some a cassingle of Mike + the Mechanics - The Living Years in hopes I'd be moved... I wasn't.

He was never a father to me. He was emotionally abusive to my mom... That affected the whole family. He's an ass and was never really a dad... It's why I feel I was fatherless even though he was around so long.

He also, legally, didn't have to pay any child support... That's because my grandfather gave him part of his business and he then had to pay him to go away... Legal stuff aside that's just morally wrong... To have nice cash and not care to give a cent to your kids... So if he's reading this I'd ask him to take some of his ill gotten cash and set up a college fund for Miloh.

Racking my brain I can only think of a handful of memories of him... One is him giving me a pretzel on Passover (you're not supposed to eat that stuff and at the time I was observing it). The other was when my mom changed the locks and he came over the house and tried to change them back... I innocently asked if I could see his tools then through them in the neighbors bushes and into the sewer so he couldn't continue. Anything else is really just a story not a memory.


Do you have a relationship with him now?
No. I haven't had any contact since I was 14. He stopped sending birthday checks when I was about 22. The last one actually paid the cost of my name change.

He's looking for me though... A few years ago he asked my sister about a Kenny Friedman that lived in Minnesota and one in New Jersey or such... I got a strange call one that leads me to think he found me... But I didn't lead on that I was who the caller was looking for... He's super computer savvy so I'd bet if he did he's seen this blog.

Before you were a dad what did you look forward most about being a dad?
I'm not really sure. I think I always wanted a little me... And to give said little me a good father figure. I think I got that kid and I'm trying my best to be the dad he deserves. 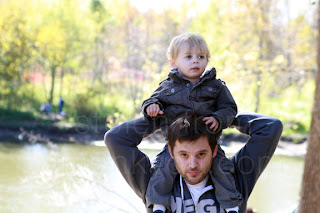 What was your greatest fear?
The concept of a father has always been incredibly abstract to me. I knew my friends' fathers but I couldn't grasp the idea of having one for myself... And I had good male role models like my grandfather and such but it really didn't translate to what being a father meant...

So it was/is the fear of a total unknown for me and I don't want to fuck it up.

Are you the father you thought you'd become?
Like I said above I didn't grasp what a dad was and had no expectations... I knew I would be the opposite of my father... I think I've been accomplishing that. 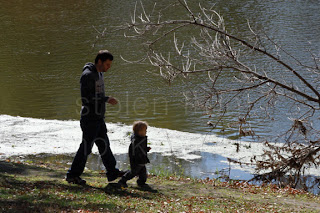 How has fatherhood changed you?
I'm more patient... MF has made me super patient about stuff that would drive me nuts before and he's made me more chill... Being around him calms me because I want him to be in a good place.

Is there anything you wish your father knew about you as a father?
Not really. He doesn't mean anything to me so I wouldn't share anything with him. 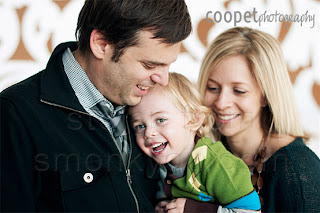 Any wisdom for new dads?
Forget what you already know*. I think a lot of people have tons of plans and expectations, I had a few. They all change super fast because you have to react to the kid you have and not to the kid you expect you'll have.

Something I learned from Staci's (my wife) world of Montessori is they observe the child and that's how they know how to guide them. I try to do that... Observe MF and figure out what I should do.

*I feel like that quote is from something and the only thing I can find is a Jason Mraz song... I never listened to him so that's not it.

And now part two Q&A... I wish there was a better way to show this on the blog, you'll have to click it to see it larger.