January 24, 2012
If you missed part one of my two part series on our trip to Mexico you really missed nothing.

Something I forgot to mention that happened day two was that I bought my first can of Axe body spray. I forgot deodorant and everything I found had anti-perspirant in it and I don't know all the facts but I know that if you use you get a phone call right after then you die seven days later...

The only non-anti-perspirant stuff was a lonely can of Axe. So I tried it... And I can tell you the commercials lie. Not one angel fell from the sky.

Also I should mention that there was a ton of pool time the first few days but and in one of those days a dog bit an orange ball that was at the pool... We heard about it from MF the rest of the week.

You can get falafel in Isla Mujeres... At Mañana (a cool little cafe that has a mini used bookstore in it). Said falafel rocks... And the hot sauce is awesome. 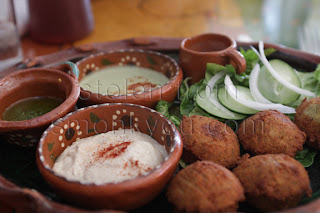 As a general rule the hot sauces in Isla were awesome and so different at every place.

I don't know what this graphic means... It's from an elevator. I get the gist it's just not done well. 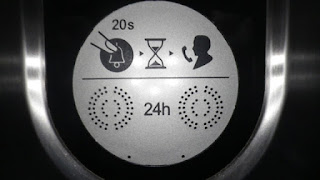 We went to an area with a little Mayan ruins... They had great warning signs.

Then we headed to lunch...

On the ocean near the restaurant there was a nurse shark in an underwater pen... For a couple buck (no idea ho much) you could get into the pen for a picture of you holding the shark... This is so freaking cruel and ridiculous... NEVER do it. 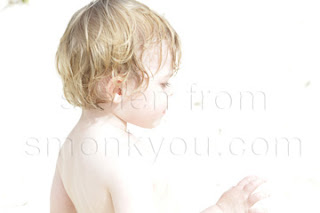 I have an another awesome pic of MF on the beach from the trip... I hesitate to put it on the site though, sorry to tease. But maybe I will when I get the photo our friend took while I was shooting the great pic... They look cool together. Any way he liked the ocean but only went in up to his knees...

I only got a Pina Colada but someone at the table got vegetarian tacos... The octopus in them made them extra vegetarian in Mexico.

That night we went to a restaurant in which the men's room only had a urinal... You could not sit if you needed to... Luckily I didn't need to. 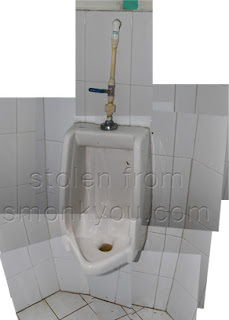 We went snorkeling. I brought the WG-1 for this because we went to a place where they have underwater sculptures. It's called MUSA. It was really freaking cool... My pics were just eh because they made us wear lifejackets. I think part because there were a ton of boats around and they probably had no insurance... And it was crazy choppy.

So choppy I came seconds away from offering my breakfast to the fish to enjoy.

B;ah, blah, blah... More guacamole, pool time and pina colada's... This is when being a vegetarian started to really freaking suck... But I knew that was going to happen soon enough.

This is where I really gotta thank the folks at Pentax for humoring and giving me the camera.

More food... It was another place with inch thick pancakes... MF was not a fan of the camera.


Yada, Yada, Yada another great meal then we put the kids to sleep (with good company to watch over them) and headed to the square for their New Year's celebration. It was super fun but really you know what those are like.

I went around shooting random stuff...

Sunset happened and I finally caught some pics 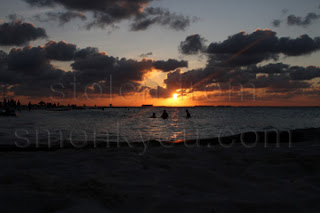 The night for the kids ended with MF and his buddy, who he now calls his brother, reading books. 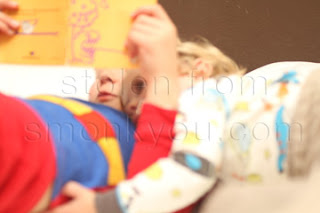 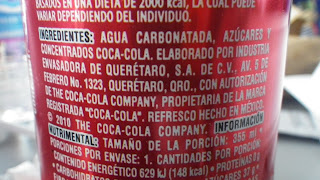 Then we headed home... The flight was uneventful because MF slept... Oh I guess you could call the whole thing where we couldn't take off because a guy locked himself in the bathroom and then when he finally came out he was super sick and fainted so we had to head back to the gate eventful. You could also call it a run on sentence.

Moral of the story: The trip was great but I forgot to mention that every day we had to walk MF around to get him to sleep in his stroller because he wouldn't sleep in the bed. It got old... Traveling with a two year old is really really hard but I'm glad we had the experience.