January 18, 2012
I think in my head I wrote a post that will be better than this one but I forgot it... Also I really know how to get people to read further.

We were joined by some of our good friends and their son on the trip. It was a milestone of a trip... The last one that we could take MF on without paying for a ticket.

I could bore you with all the details of the trip... But I'm not sure why anyone would care (actually I have no idea why people read my blog... Seriously you can leave a comment about what you like about it and that can help me figure out what to write about...)

Also it wouldn't be my style... So I figured I could do a bullet list of the trip.

First would be that it was awesome and we had great company... I need to say that in case my sarcasm/cynicism hides all that.

Here goes... A non-bulleted bullet list of our trip to Isla Mujeres.

I pack awesomely... One bag was 50lbs one was 49.5lbs... When packing the night before I felt like Schindler in my decision what could go and what couldn't. We had a scale but you never know if those are off... I rock. Also it might be incredibly insensitive for me to compare my packing style with Oskar Schindler but I did.

Terminal two of MSP has no good vegetarian food. Terminal one does have good stuff and it has pinball. But we were in two.

I say a friend I used to work with who was also on our plane... He's a creative director like me so and I told MF to not grow up like either of us... To do something more noble like rob banks.

MF is awesome on planes... He slept the whole way and was super cute the time he was up.

MF loves those pull-apart red vines (which by the way are not licorice... Licorice needs to be licorice flavor).

Wait I think I'm forgetting that he was actually up a lot on the flight there and he was super active... But cute and not "that kid". You know, that kid.

Mexico does not care about child safety in cars. That's a blanket statement that might not be true but the car seat situation there was so not safe.

Mexico wanted me to die in a car before getting to Isla Mujeres. Again a blanket statement but everyone was buckled in and my buckle was as safe as a piece of twine wrapped around something you wrap twine around.

MF loves a boat ride... He went on his first. For those who haven't been to Isla you take a ferry from Cancun. That boat has two dudes playing guitar and singing on the top... There's something so awesome about them. They were so tinny like Liz Phair's Girlysound

(the extra stuff on the album).

Mexican's hate salt. Might technically be a blanket statement... Might technically be wrong. But the place we went to that first night didn't use salt on their tortilla chips. A lot of real mexican places here do the same... However in Chicago a lot of the places do add salt. Maybe it's a regional thing in Mexico.

Waking up with MF and going to the beach might be one of the coolest thing ever... Also no matter how many times you ask it's still a coconut (that might only apply to MF).

You might hear someone say "do you think we should get Johnny (or a different name) a felt burro with a masked rider holding a gun?" 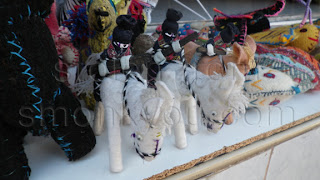 I don't know what Apoya means...


The interval photo capture to movie thing on my Pentax WG-1 freaking rocks and I forgot to use it... I did a test that's not worthy of showing but forgot to do another session. 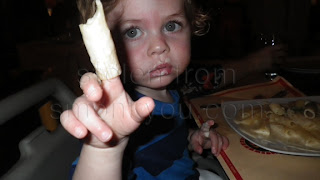 When you ask for hot pepper at Rolandi's in Isla Mujeres you might think you'll get crushed red pepper but you get some awesome roasted hot green pepper in olive oil concoction... And it rocks. 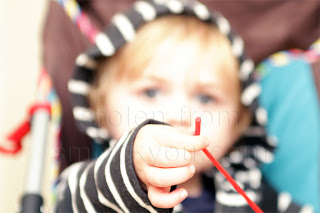 MF took his first shower. He peed in the shower for the first time. He enjoyed both.

When they are out of veggie burgers a normal hamburger seems like a reasonable substitute.

We did a bunch of other stuff but I forget what all that was. Also photos help you remember stuff.

I'll stop at day three and break this in to two posts... The next one will include really odd warning signs and more things in vegetarian food.