Evolution of the tantrum

June 03, 2011
We recently had Miloh evaluated and it was confirmed that he's throwing tantrums at a level of kids twice his age. Another interesting fact is that he can string words together in a sentence structure better than I can even though he can barely speak.

I've been watching how his tantrums have evolved and came up with an infographic of the evolution of the tantrum.

There may be other levels we haven't hit such as ones that include running away from home or yelling at your sister during Yom Kippur services when you're only four rows away from the Rabbi (hypothetically) but I'm confident this will bring us to the terrible twos as they seem to be stuck at level 6, and have gone down in the amount of time for each. 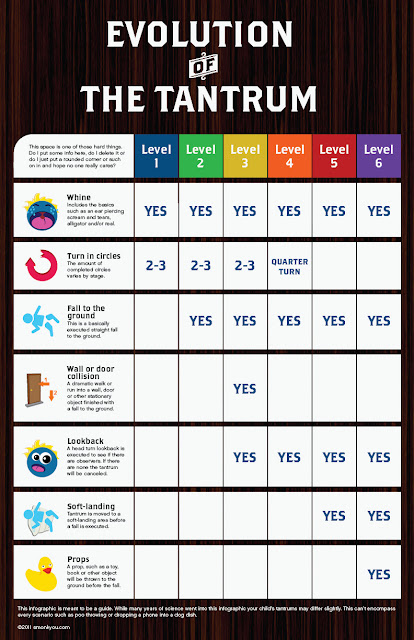