December 13, 2011
Remember that time I got a camera from the awesome folks at Pentax? Well it became the official point and shoot of the blog. I have been busy so unfortunately I haven't posted much from it... But busy isn't the only thing that keeps me from posting pics...

The kid is a big reason I don't have much to post. Since it's rugged (I got the Pentax Optio WG-1) I let him get ahold of it from day one... actually dropped it when it was only two minutes out of the box.

Problem, and it's a good one, is he always wants to play with it when it's out... I'm able to get some shots of him but I have to show him the shots every two or three I take.

So MF took it upon himself to do so self portraits I thought I'd share... These are from his Wow I Have A Crusty Nose series.

This next one is probably so artistically over your head unless you have a PHD in Visual Arts. Basically the folks at Harvard want him to visit and discuss the awesomeness of it in a lecture.

Then I showed him how to set the camera up and look through the screen to get a shot... He placed his train down and composed this... Pretty good perspective actually.


Then he got all full of himself and wanted to send a pic to all his lady friends... So he went all Anthony Weiner in this one... Luckily its just his pajama collar. 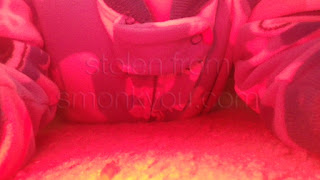