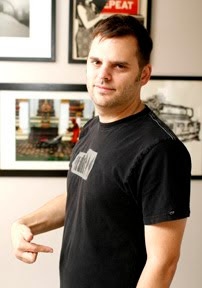 How far along? Officially 22 weeks and 4 days, but since I know a little more about math and the female body than every doctor I know that it's really closer to 20.

Stretch marks? I always had these little ones on my ankles...I think they are from when I grew to a enormous 5'6".

Sleep: This time a year my sleeping pattern sucks.

Best moment this week: Finding out Staci and the pre-kid are okay. Second best is the falafel at Little Tel-Aviv.

Movement: yeah, especially when I talk to it.

Food cravings: A falafel sandwich from Taste of Lebanon in Chicago (on Foster.) So freaking good, and its rolled which is hard to find. But since that's too far I'll go with good french fries.

Gender: Pre-kid is keeping it's legs crossed...awesome start if it's a girl.

Labor Signs:. I don't expect to have any. I do however have a bit of a tummy ache, it's probably from the super spicy food I had for lunch, or it could be punishment for eating on Yom Kippur...probably a bit different from labor.

Belly Button in or out? Innie and lint free.

What I miss: Snowboarding, not as much because of the pregnancy more because it's not winter. I'd love an early snow dump so I can ride before the baby comes.

What I am looking forward to: Getting the room together and seeing the little kid.

Weekly Wisdom: Try Malt Star, a soda that tastes like Guinesss and is surprisingly good. Plus, according to the guy at Little Tel Aviv, it promotes milk production if you're breastfeeding. FYI I am mentioning this again in hopes that Malt Star sees it and sends me free product.

Milestones: The pre-kid can now hear so we're playing music for it. I'm also trying to describe to it how to carve on a snowboard.

Oh and I added a blog roll to the right column. There are some other great baby blogs there, plus some design blogs, some illegal art blogs and more. Enjoy.