October 18, 2011
I'm still often blown away that I have a kid and that he's super cool. And that he'll get older and cooler and I'll probably get less cool. And all that. It's just really weird to think about. 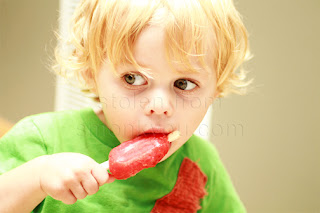 I don't know about all kids but Miloh eats a popsicle in the weirdest/cutest way. It's indescribible how he likes it and the face he makes because it's cold. And then he does it again and again and again. Same face every time.

He makes a similar face when he eats spicy food. He'll sometimes grab my giardiniera if I'm eating with something in it. His tongue sticks out and wiggles for 15 minutes but he keeps eating.

You can blame your kid for stains on your clothes. Any stain. "Oh, that coffee stain that's on my shirt and wasn't on there in our earlier meeting... Yeah that was Miloh this morning. I know it sucks but we love them anyway, right." Works every time.


Our conversations are small but awesome. Me: miloh you're so nice. MF: yeah. Me: are you humble? MF: No.

And for the record the two cutest things he says are 'turtle' there is a fantastic pause between tur and tle. And 'cucumber', I can't even describe that one... but it takes awhile and is accompanied by a head shake.