In the beginning...Staci and I wanted to have a child but we both had totally different experience with kids. Kids have always been magically attracted to her...which is probably why she is so great at her career as a Montessori teacher. Kids however are more distant with me.

I saw this as a plus because they totally freak me out. I didn't know what to say to them expcept to say I thought they have cool shoes...they seem to like that. When I was in a place where there where many kids, observing Staci's classroom for one, I would freeze up and feel really uncomfortable when they come and talk to me. I'm ADD so sensory overload isn't easy but this did it to me.

So we were a couple months ahead of our optimal pregnancy time which wasn't a big deal except it through of her plans of having the baby after the school year was over.

The cool thing is we pretty much hit our goal of a five year plan...waiting to be married five years before we got pregnant. We found out a couple weeks before our anniversary and her nausea cut our plans a bit short...but all was good and we felt pretty lucky.

I should step back a week or two to right after we found out she was pregnant...I know I'm supposed to say we were pregnant but I feel bad saying that because I didn't have all the side effects...well I did have one...I started forgetting everything. Anyway two days after she peed on sticks I told Staci she looked a little bloated and isn't that weird because it's so soon...turns out I was right again because it was bloat, not weight...however it was a bad move...and it was a bad move when I said it again a month later.

But she forgot about that gaff when the next day when I told her I thought her nausea was psychosomatic. I actually thought the blog would be primarily about me screwing up but I got smart pretty fast.

And then the waiting game began...it was so early and we had to wait for the milestone tests at 12 and 20 weeks. Until then I worried about everything...especially when we found out she had high HCG levels...it could have been twins...I freaked out a bit. The short story there is yes, we could fit two twin beds in our second bedroom.

But at our first ultrasound we found out there was only one pre-kid hanging out. I was amazed at how crazy active he was at this point...I didn't know that they moved around so much at 12 weeks. He was super active through the whole pregnancy which means teen years will be fantastic.

One kid who in all ultrasound pics, once we could see body parts, had it's hand on it's head...it was all about drama for our pre-kid. Funny thing is that when Miloh needs comfort he puts one of his hands to his head like in those images. 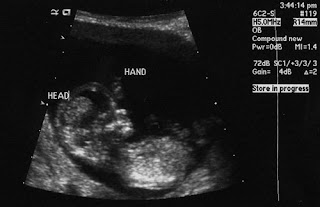 Once we let people know we were expecting the asked the inevitable question about whether I wanted a boy or a girl...and not all liked my answer. Apparently you're supposed to say you don't care as long as it's healthy. I said I preferred a boy...nothing against having a girl...I just don't understand little girl clothes at all.

I wrote about the boy vs. girl question an hour before we went to the clinic to find out what the gender our pre-kid was. We weren't supposed to find out for three more days but Staci weaseled her way in.

Staci had made up a card that we handed to the radiologist...on it were two boxes, one said boy, the other said girl. We planned on going to a nice lunch and opening the card during dessert. However Miloh, or the pre-kid as we knew him back then, decided to screw with us and keep his legs closed. Staci was quite bummed to not know the gender because she is a planner. I was actually happy because I wanted it to be a surprse for her...she get's so excited when she is surprised. 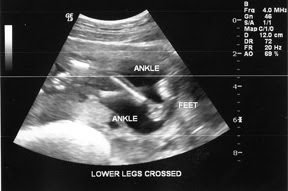 We did some of those old wives tales tests to see what gender of baby you'll have. I just randomly picked some that looked interesting...unfortunately I picked an even number of test and, well...the results were split down the middle.

Then since we didn't know the gender we had to look for both boy and girl names...I teased you all with the name...we wanted it to begin with an 'M' for Staci's grandmother Minnie and end with and 'H' for Hilda her great aunt. They were always flanking Staci and it meant a lot to her. Guesses included; Moth (one of my faves), Menenomenah and Menorah but we ended up with Miloh and two potential girl names. I also gave a little insight into my last name, which is my maternal grandfathers name...I changed it a while ago because my father is an ass.

Somewhere in there I decided to compare children to dogs. It's because I'm not a dog person but I have a dog and I love her...however I don't like ever dog out there. So I wondered if I would be the same way with kids...I'll tell you I probably opened up to kids more than I have dogs. I've actually been known to start conversations with them and hold their hands while they cross the street.

I realized my attitude about becoming a dad was changing when I had a 20 minute conversation about stroller design with a coworker. I also started thinking about how I was making the transition from normal guy to father...before that I had a mental block of being a father. I realized that it didn't need to change me but instead just added a role in my life.

But even though I was getting more comfortble with becoming a dad I still had my moments of freaking out, like when I thought of how the first few weeks would be. I saw it as a bit like M.A.S.H. meatball surgery. Staci and I had a plan for how to handle the crazy...a plan that no one should look at because it involves me staying up a bit later than what we later decided on.

Then we had a bit of a scare which wound up being a fire drill for the real moment we needed to get to the hospital. The moral of that story was I was a bit unprepared and needed to get my shit together so I had keys and wallet ready to go.

We were thinking of going to a birth class a friend passed along some great wisdom...her own version of the class.

On burping the baby: you don't really need to do it like you did before...the new bottles make it less necessary...you know what you're doing with that, you don't need to learn.


On bathing the baby: you put the baby in the cute whale tub...the baby hates the cold water...you fight the babies squirming and it comes out clean.

On labor: Kenny will tell you to breathe...you say shut the fuck up...and then you have the baby.

As the due date came around I thought about what I think makes a good dad. It started with eggs because a lot of people like how their dad's make eggs...but I hate eggs so of course I over analyzed the problem. I realized that for me waffles would be my thing. 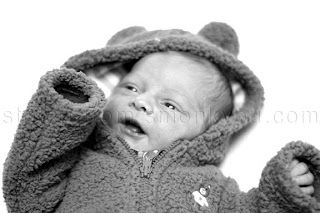 Then Miloh was born and he was perfect. He changed me a lot. Where I was once scared of handling a baby because I was scared their neck would flop back I was immediately holding him one-handed. It just felt natural.

I've learned that cooing is one of the most comforting things a baby can ever do. I find myself singing songs to him about what's in the refrigerator...I don't know many lullabies. I've had other side effects that include trying to eat him up...but he got my nose. 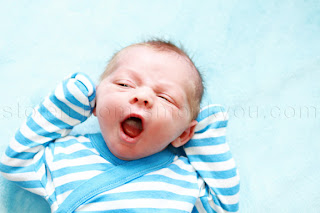 And now I can proudly say that I mastered the swaddle...I've come a long way from my trial run of swaddling a cat to being able to wrap Miloh in a pretty mean swaddle. 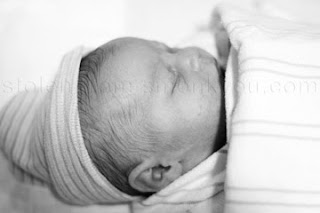 I can also proudly say I'm a dad...it rocks...and I woldn't be one with out Staci who amazes me every day.